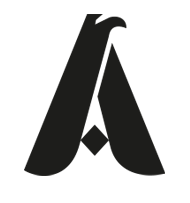 The company born the 31st May in 1979 as an artisan company producing borders, embroideries and giving a personal style service thanks to the big experience of the owner, Braglia Enza. The company was located in Via Marzabotto n.3/B, San Giovanni in Persiceto, Bologna.

The company was launched as an artisan company with a range of  1 – 5 embroidery machines, before one color machine, then have been converted at 5 colors machineswith automatic thread trimmers cuts. Therefore the number of employees grew from one to six. In 1986 the owner Enza has been supperted by his husband, Angelo Giovannini, an expert accountant man and an excellent production manager. Before the software innovation in 1987, emboidery plants were created outside the company with the help of an external company specialized in “JACQUARD” system, then the rapid technological advances offer the company the possibility to buy GMI STILISTA2000 softwere, and then, the possibility to produce internally embroidery plants. Thanks to this brand new software the quality of embroideries increased, accordingly to the  number of new clients, customers and requests even form high – fashion sectors.

In november 1988 the company moves in via Modena 48, San Giovanni in Persiceto and expand by opening a new building of 700 mq. The next year Monica Giovannini, the young dougther of Enza and Angelo, at only 13 years old  joins the family company dealing with embroidery plants. The following years represents a rapid and great production and business growth for Ricamificio Enza and it reach a significant number of embroidery machines (from six to ten) and employees number growth from 7 to 20 with a production shift of 15 hours work shift.

The same year enter the staff the other son of Enza and Angelo, Riccardo, who had just concluded military service and it is ready to actively joins the family company by investing in a brand new commercial department never before created. The same year the first crisis affecting the company, as a result of the collapse of the former URSS, than the competition with East European market and the low-cost labour. In 1993-1994 the crisis half the production and employees became 14. The effects of the crisis were of such gravity that Riccardo thought to move the embroidery production from Italy to East Europe, but fortunally he choose to continue investing in Italian market. This choice was exactly the right way to do to fight this crisis.

In 1991 born AREM srl the commercial company for embroidery plants production and in 1997 sets up AREM DUE srl commercial company for the personalization of hats and caps. The innovative diversification for sectorial distribution was also the best choice to increase revenues, customers and new fields of customization such as workwear,  sportwear and promotional wear.

Thanks to the rapid economic recovery, the company build a new factory and, in December 1998, launches the new headquarters in via Newton 30, San Giovanni in Persiceto. In 2002 , thanks to the entry of the EURO in daily life of European public, Arem starts to participate to foreign sectorial trade fairs such as PSI in Dusseldorf, the most popular trade fair in the world for promotional sector. In 2004 it is decided, accorting to the owners, to unify and unificate the three companies in a single unique one : AREM DUE SRL. During the year 2006 is bought a laser machine for cutting textile applications combined with embroideries. This kind of technology was chosen for elevating the quality of embroideries produced.

In those years the increased turnover has allowed the owners to further extend  the company and, on 10 March 2006, they buy the near building with a total surface area of 3000 mq and employees reach the 36 units. This kind of expanision has made possible the enlargement in a new additional business: Municipal and Religious Banners and, moreover, the creations and packaging of  embroidered or printed pennats for associations, clubs and cultural groups and finally, the purchase of digital printing machines, screen printing machines and automatic machine for packaging. But after this positive and earning period, another crisis has been generated by global markets.

Due to the crisis AREM choose, from 2009 to 2012, to adopt the strategy to stop its expansion in European markets. After this, in 2013 AREM starts again to offer its services and products in Europe with an aggrassive strategy to support its growth. New trade fairs abroad and a new name  AREM ITALIA SRL to re-lounch and improve the competitiveness of the company.

For the whole 2019 Arem Italia celebrates 40 years of activity, always ready to offer professionalism and innovation, alongside customers, even the most demanding, and with the consolidated propensity to be open to new collaborations.

Our history is the guarantee of our future !